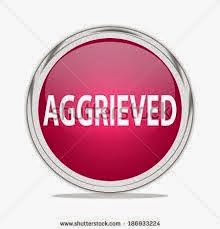 The Court explained that, as bankruptcy cases often involve numerous creditors who are dissatisfied with any compromise that jeopardizes the full payment of their outstanding claims against the bankrupt, that "special rules have been developed to govern which parties my appeal a bankruptcy court order. The Court reviewed that courts continue to apply this rule, which was codified in the 1898 Bankruptcy Act, that only a  "person aggrieved" can appeal a bankruptcy court order.

Definition of a Party Aggrieved

The Court cited its previous holding in the case of In re Westwood Cmty. Two Ass'n v. Barbee (In re Westwood Cmty. Two Ass'n) 293 F.3d 1332 (11th Cir. 2002) which defined a party aggrieved as those individuals that are "directly, adversely, and pecuniarily, affect[ed]" by a bankruptcy court's order." This case further explained that "[a]n order will directly, adversely, and pecuniarily affect a person if that order diminishes their property, increases their burdens, or impairs their rights."

The Court further held that it agreed with other circuit courts which have held that a person is not "aggrieved" when the interests harmed by the court order are "not the interests that the Bankruptcy Code seeks to protect or regulate." The Court cited another case which states that this doctrine was developed to limit appeals of bankruptcy court to avoid "endless appeals brought by the myriad of parties who are indirectly affected by every bankruptcy court order." It explained that the purpose of this doctrine was to ensure that the goals of bankruptcy are not derailed by a flood of appeals" by those parties "who do not suffer a direct harm to interests the Bankruptcy Code seeks to protect or regulate." It further stated that the allowance of appeals from parties who have suffered "only an indirect harm or who hold interests outside of the scope of the Bankruptcy Code would defeat the very purpose underlying our person aggrieved standard."

The Court in In re Randy L. Jones, Case 09-11551-MGW (Bankr. M.D. Florida 2013) (Williamson, J), applied the party aggrieved doctrine in a chapter 13 case  to avoid the Chapter 13 trustee's objections to an attorney fee settlement as the unsecured creditors were being paid 100%.

A lengthy law review article published in 2010 on the party aggrieved doctrine is available entitled "Non-Pecuniary Interests and the Injudicious Limits of Appellate Standing in Bankruptcy" by S. Todd Brown.